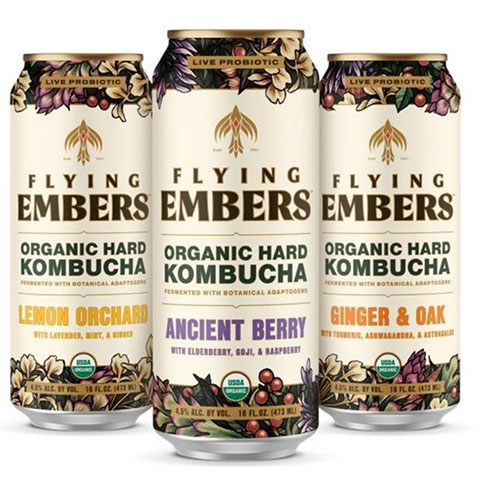 Flying Embers, an Organic Hard Kombucha brewed with botanicals and live probiotics, is expanding beyond its Reyes Southern California footprint.

Next up? Look for distribution into the San Francisco Bay Area, Oregon and Washington; southwestern states Arizona and Texas; and jumping to the east coast via New York, Philadelphia and into the New England area.

The brand was founded by Bill Moses who was CEO and Co-Founder of KeVita Sparkling Probiotic Drink, which was acquired by PepsiCo in 2017.

Flying Embers was founded in 2017 by Bill Moses, proven beverage entrepreneur, co-founder and former CEO of Kevita sparkling probiotics, which sold to PepsiCo in December of 2016.

How Not to Die: A Must Read Recommendation and NY Times...

Mexicana Vegana Rises as Next Major Flavor in Focus