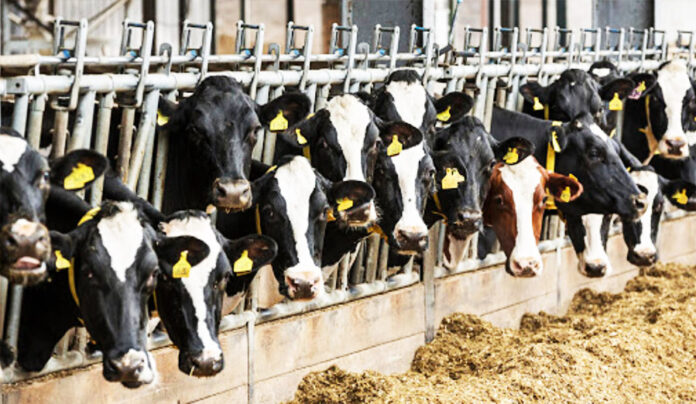 A recent article by Dr. Michael Greger on his website NutritionFacts.org should be alarming to those who still eat meat and dairy products.

According to Dr. Greger: “Nearly 20% of cancer cases arising worldwide can be linked to infectious agents, including viruses.” Seven viruses are now conclusively tied to human cancers, and, as new viruses enter into human populations, the incidence and causes of cancer will likely change accordingly.”

He continued: “As I discuss in my video The Role of Burger Viruses in Cancer, polyomaviruses are a particular concern—not only because they are known to be carcinogenic, but also because they can survive cooking temperatures. Since a single burger these days can contain meat from “many dozens of animals,” researchers felt “this could present an ideal situation for virus-hunting…”

“Researchers from the National Cancer Institute purchased meat samples from three separate supermarkets and found three different polyomaviruses in ground beef, as you can see at 1:52 in my video. Now, just because three types of “polyomavirus species are commonly detectable in food-grade ground beef” doesn’t necessarily mean they are causing human disease. What made this Nobel laureate suspect them? Well, for one thing, some people got cancer right where they had been vaccinated for smallpox—a whole bunch of different cancers, in fact. The vaccine had been harvested from the skin of calves, so “it is possible” there could have been some cancer-causing cow virus.

“Many people are exposed to potentially virus-contaminated meat and dairy products” through their diets, but those in the industry, “such as farm workers, butchers, veterinarians, and employees in dairies,” would be even more exposed. Do these groups have higher cancer incidence? Indeed, it now appears to be clear “that workers in the meat industry are at increased risk of developing and dying from cancer.”

“Another reason to suspect the involvement of some kind of bovine infectious factor in colorectal cancer is the fact that there appear to be relatively low rates of colorectal cancer in countries where not a lot of beef is eaten. And, when meat consumption suddenly increases, rates shoot up, as you can see at 3:15 in my video. The only exception is Mongolia where they have low rates of colon cancer and eat a lot of red meat, but there they eat yak. Maybe yaks don’t harbor the same viruses.”

He concluded: “There’s still a lot of work to be done. But, if the link between bovine polyomaviruses and human disease pans out, the National Cancer Institute researchers envision the development of a high potency vaccine. So, just like the HPV vaccine may prevent cervical cancer from unsafe sex, perhaps one day, vaccines may prevent breast and colon cancer from unsafe sirloin.

NOTE: Special thanks to Dr. Greger for his work and NutritionFacts.org for this content.