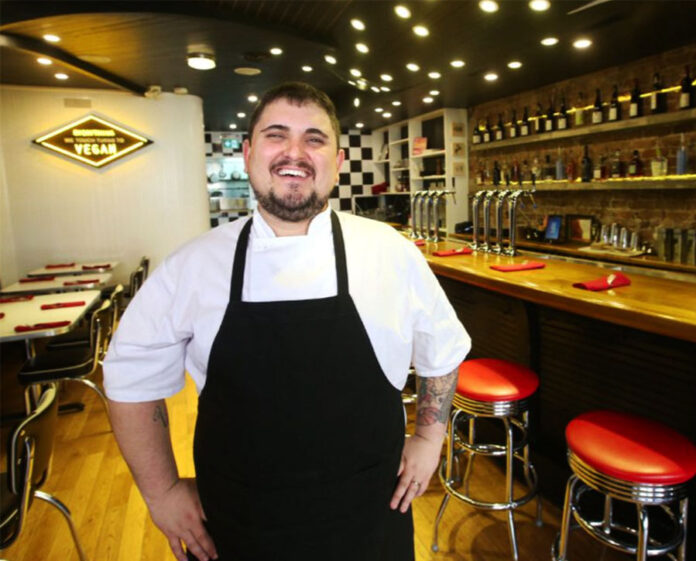 Chef McNish is a globally recognized Executive Chef, consultant and author building his brand by creating innovative recipes for all kinds of cuisine.

As a pioneer in the vegan movement, Chef McNish work has helped make vegan cuisine go mainstream, devoting himself to his vocation and activism in the name of ethics, health and the environment. Chef McNish is known as one of the top classically trained vegan chefs winning international awards for his cookbooks.

“There’s an inherent alignment of our philosophies, which makes our collaboration with Chef McNish an exciting new opportunity for Modern Meat,” said Tara Haddad, CEO of the Company. “I am very proud of the fact that in just over a year we have gained the support of such an influential chef in the vegan space, it is a testament to the strength of our brand.  We are honoured to have Chef McNish advise on various aspects of our culinary operations not only to enhance our existing line of products but to share his expertise and vision to create new innovative vegan products.”

Chef McNish’s illustrious career extends beyond the kitchen.   He is also an educator, public speaker, committed plant pusher, activist, and acclaimed author. Chef McNish has authored four books of which two, “Eat Raw, Eat Well, 400 Raw, Vegan and Gluten Free Recipes” and “Vegan Everyday” were awarded a Gourmand Award in Paris, France for being the Best Vegetarian Cookbook in the world.

Chef McNish’s latest cookbook; The Classics Veganized: Over 120 Favourite Comfort Food Recipes for a Vegan Lifestyle was published in the Fall of 2020.

You will receive your delicious 21+ vegan recipes in your very own amazing vegan Thanksgiving Recipe Book — authored by our very vegan stars — as well as detailed shopping lists — all by November 1st.

You can relax, take notes and watch the series! You’ll be prepared to start cooking after you’ve watched the show. And don’t worry if you miss a class! You’ll receive full-length video recordings of each class in your private play list.

How nice is that! So join us!

You’ll love it. And we’ll love hosting you!