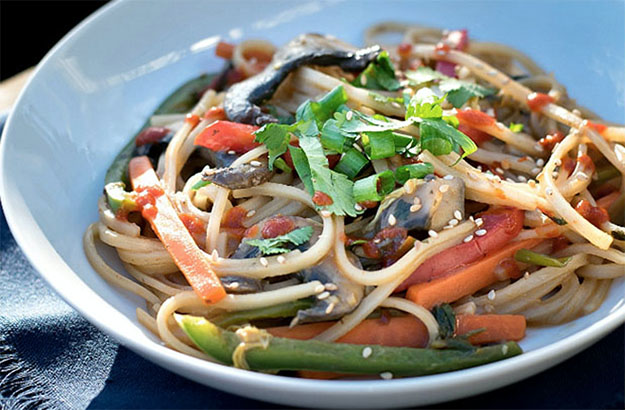 If you’re an American with a big appetite for meat, it could cost the economy nearly $3 billion a year.

Here’s how:  Most discussions about the incentives for going vegan typically focus on a healthier lifestyle, a cleaner environment and the reduction in animal cruelty.

But there’s much more — especially in terms of our collective pocketbook.

According to a study published in Proceedings of the National Academy of Sciences, as detailed by Lauren Cassani in a 2016 edition of The Atlantic, Marco Springmann and his colleagues at the University of Oxford estimate that “if people continue to follow current trends of meat consumption, rather than shifting to a more balanced or plant-based diet, it could cost the U.S. between $197 billion and $289 billion each year—and the global economy up to $1.6 trillion—by 2050.”

The report examined the potential impact of alternative approaches to diet in the year 2050 and compared the collective impact on climate change and healthcare costs should the world switch from a meat-centric diet to one consistent with with it calls “standard global dietary guidelines” and even veganism.

As Cassani noted: “The researchers calculated the direct health-care costs of a meat-heavy diet (associated with the treatment of diseases such as diabetes or heart disease) and indirect costs resulting from unpaid care from family or friends, and lost work days. To quantify the savings of reducing meat-related greenhouse-gas emissions, they drew on a measurement called “social cost of carbon,” which estimates the value of future damages caused by each additional ton of carbon emissions.”

The results were shocking, but somehow not surprising.  Let’s look at the how Cassani’s piece in The Atlantic, summarized key outcomes:

“Out of all the world’s countries, the U.S. would save the most by curbing its taste for meat. Due to its very high per-capita health-care costs, the country could save $180 billion if the population ate according to recommended guidelines, and $250 billion if it eschewed animal food products altogether—more than China, or all of the EU countries combined.

‘And this is to say nothing of the number of obesity- and chronic-disease-related deaths that could be averted (at least 320,000 per year), and the accompanying benefits of reducing the level of greenhouse-gas emissions. (Springmann and his team made another estimate, using a somewhat less intuitive measure called “value of a statistical life,” that put the savings from not eating meat in the neighborhood of $2 trillion to $3 trillion in the U.S., and $20 trillion to $30 trillion worldwide.)”

Now that’s something for all of us to chew on.

The Grateful Dead Release Line of Vegan Deodorant: For Real