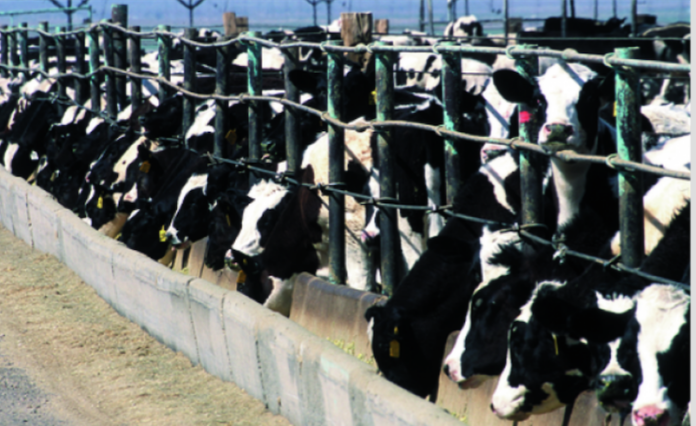 It goes without saying that vegetarians and vegans know first-hand how much better their bodies feel when they cut back on, or quit eating beef entirely.

However, few of us may be aware that the benefits of going meatless extend well beyond our own individuals lives and can actually improve the entire planet.

Yes, you read that right!

The pesky facts that many want to deny outright or minimize through obfuscation and doubt are jaw-dropping:  Agriculture, which includes cattle raising, is the third-largest source of greenhouse gas emissions, after the energy and industrial sectors.

What’s more, livestock consumes the yield from one-fourth of all cropland around the globe. Now, when you include grazing, and the entire enterprise of making meat, the cumulative impact  accounts for nearly three-quarters of the agricultural land on the planet.

Topping the list are beef and dairy cattle, which combined account for a large portion of agriculture and with it,  bring big-time problems to the equation — not the least of which   includes  almost two-thirds of all livestock emissions. But don’t take our word: That’s according to the United Nations Food and Agriculture Organization.

Putting it into perspective, the total number of cattle worldwide is in the range of 1.4 billion, and in the U.S., at about 1,300 pounds apiece, their ecological and actual footprint on the planet far outweighs that of mere humans.

But there’s more to the story.  The emissions that impact the climate also come from the fossil fuels used to plant, fertilize and harvest the feed to fatten the cattle for market.  Beyond that, cattle are known to belch and emit huge quantities of methane gas.

Here’s why that’s so significant: A new study in the journal Carbon Balance and Management establishes the global gas output of cattle at 120 million tons per year. And here’s the thing, while methane doesn’t linger in the atmosphere as long as carbon dioxide; however in the first 20 years after its release, it’s 80 to 100 times more potent at trapping the heat of the sun and warming the planet.

The way feedlots and other producers manage manure also ensures that cattle continue to produce methane long after they have gone to the great steakhouse in the sky.

So, it’s never been a better time to forgo meat, say goodbye to beef and give our planet a chance to reboot.

Could Vegans Really Save the the U.S. Economy $3 Billion per...