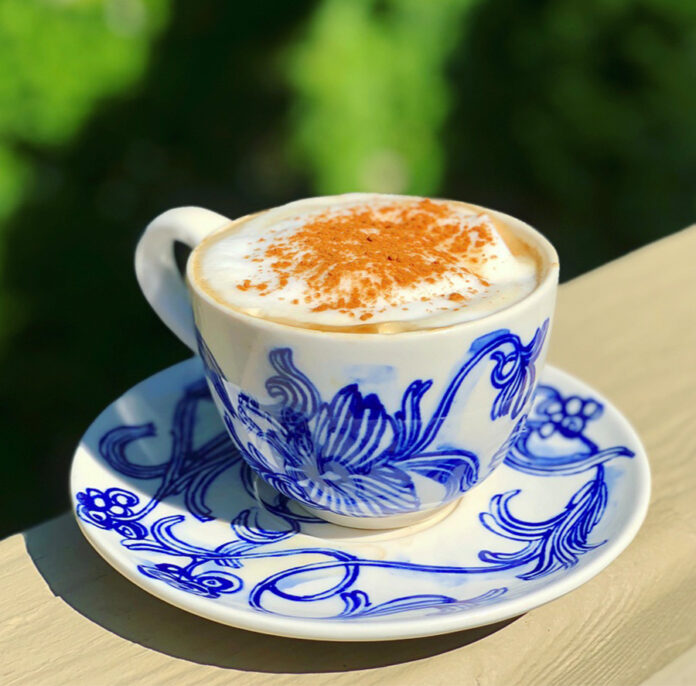 Looking for a delicious, healhty alternative to coffee that will really light up your day and your taste buds?

Here’s what’s special: Studies on humans have shown that caffeine increases cortisol and epinephrine at rest. After caffeine consumption, levels of cortisol appear to be similar to those experienced during acute stress. Drinking coffee, in other words, re-creates stress conditions for the body.

Not only is coffee very stimulating, the coffee bean is also one of the most heavily sprayed crops–so it is very important to choose organic coffee.

Instead of reaching for that cup of coffee first thing in the morning, for a more peaceful start to your day try making this tasty Dandelion Blend Mocha.

The brand that we recommend is called Dandy Blend and it is gluten-free, delicious and 100% caffeine free. This herbal blend has all the flavor of coffee without the bitterness and acidity.

Plus, it is quick to make and cost effective: it costs just 7 cents per cup. It is simply made from dandelion, chicory, barley and rye. There are over 50 trace minerals in every cup which help boost your metabolism.

While is coffee is acidic (which can cause heartburn and indigestion) and dehydrating, Dandy Blend has a host of health benefits.

Dandelion root is a mild laxative and assists your stomach and liver in releasing stomach acid and bile–helping to keep your digestion regular. Another health benefit of dandelion is that it is a diuretic, which helps the kidneys flush out excess waste, salt and water. Instead of leaving you dehydrated like coffee, dandelion replenishes your body’s stores of potassium–an important electrolyte and mineral. Finally, dandelion is packed full of antioxidants which helps slow down the aging process whereas coffee can accelerate aging.

In case you’re not quite ready to quit caffeine but you do want to stop drinking coffee, our Vegan News Daily recipe for a delicious Dandelion Mocha includes cacao–the unroasted form of cocoa–which does have some caffeine in it.

5. Meals & Mocktails in May