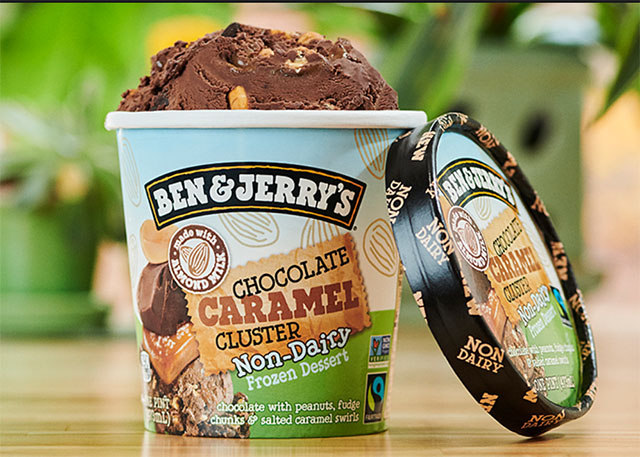 The vegan dough chunks are the same ones found in one of the newest Non-Dairy offerings, Chocolate Chip Cookie Dough Non-Dairy Frozen Dessert, which just launched in February.

Chocolate Chip Cookie Dough has been one of the most requested flavors by fans to join the Non-Dairy line up.

“Fans have been asking for ‘just the chunks’ for a while now,” says Innovation Manager Jody Eley. “During a short market test in Vermont last summer, fans snatched up the dough in record time. Bags flew off the shelves in mere days and stores could not keep the delicious dough bites in stock! Now, Ben & Jerry’s is rollin’ out the dough to fans across the US.” The idea of putting cookie dough into ice cream originated with Ben & Jerry’s back in 1984, and it’s the company’s #1 favorite flavor around the world.

All Cookie Dough Chunks will be available in participating retailers nationwide, participating scoop shops and at store.benjerry.com for an MSRP of $4.99.

To learn more about snackable dough chunks and to find Cookie Dough Chunks near you, visit here.

Yes, You Can Eat Vegan While Traveling — and It’s Easy!