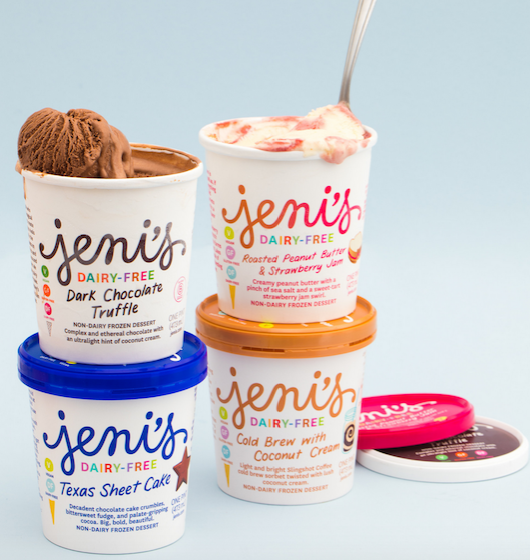 The voyage to get there is worthy nibbling on.  Here goes: A few years ago, Jeni’s set out to make what it called “the best dairy-free ice cream in the world.”

They tried all the trendy ingredients (pea proteins, algae, nut milks). Not one lived up to their standards of flavor and quality. Taking a step back, Jeni’s realized their premise was all wrong because they were asking ingredients that are not milk or cream to act like milk or cream.

So, Jeni’s decided to use pure coconut cream—which is undeniably delicate and delicious — not to mention creamy.

According to Jeni Britton Bauer, “This is dairy-free ice cream that’s not jealous of dairy, made by people who love dairy. Bringing people together is the core of what Jeni’s is all about — building and inspiring our community. And we’re excited to be able to offer the pleasure of ice cream to our dairy-free, vegan and dairy-loving friends.”

2. Fall in Love with Flavor

Fruit Infused Water: The Natural and Delicious Way to Hydrate

Is Dairy Scary? 5 Reasons to Ditch Dairy Before Halloween