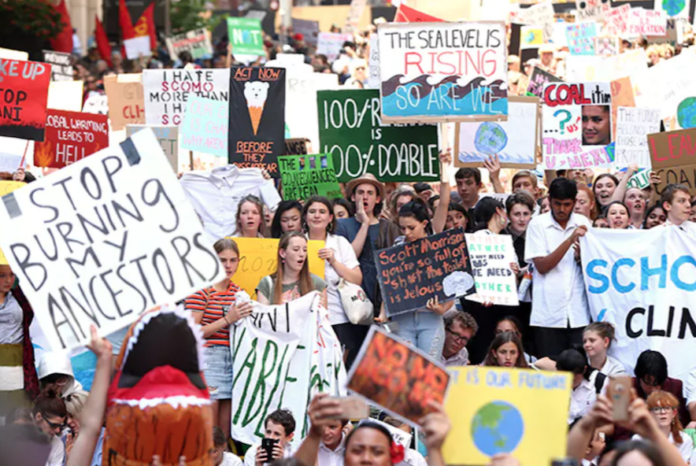 March 15, 2019 may well be remembered as a pivotal day in focusing on the health of the  planet, as reportedly hundreds of thousands of students from around the world walked out on classes to demand action on climate change.

An NBC News report  noted that “Max Prestigiacomo, who is organizing a demonstration in Madison, Wis., said there was a real disconnect between what was being taught in the classroom — that climate change poses an existential threat — and how politicians were reacting.”

“The political climate in the States right now is doing nothing,” said Prestigiacomo, 17. “They’re bargaining with our future.”

Even more striking, walkouts were planned in nearly 100 countries.

At stake is an attempt to reduce carbon emissions at a rate that is consistent with a 2018 special report by the Intergovernmental Panel on Climate Change.  It starkly warned that global carbon emissions had to drop by nearly one-half of 2010 levels by the year 2030 to avoid devastating consequences for the entire planet.

The movement is not isolated. In February, thousands of students in the U.K. took to the streets of London, stopping traffic outside of Parliament.

Prestigiacomo said students in Wisconsin were planning to march on the State Capitol and hold sit-ins in offices of legislators.

“When our president … goes on television and says everything we’re taught in school is wrong, how do you think that makes students feel?” Prestigiacomo said. “All I want is evidence-based politics.”