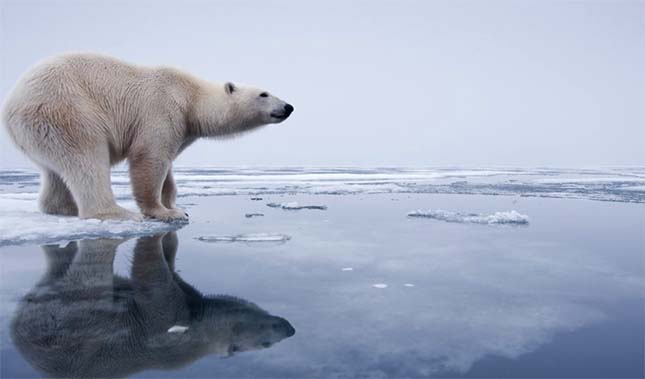 The Earth is a a full degree Celsius warmer than in the late 1800s and what’s more, the last five years were the hottest on record.

These results, according to The Washington Post, were recently reported in a NASA temperature data set and independent satellite records seem to confirm the results.

The researchers found that the rate of climate change could be more accelerated than previously acknowledged, “at least in the fastest warming part of the world — its highest latitudes.”

“We may actually have been underestimating how much warmer [the Arctic’s] been getting,” said Gavin Schmidt, who directs NASA’s Goddard Institute for Space Studies, which keeps the temperature data, and who was a co-author of the new study released in Environmental Research Letters.

The NASA data, known as GISTEMP, is one of two kept by agencies of the U.S. government.   Another, The Post noted, is maintained by the National Oceanic and Atmospheric Administration.

“Both sets of data — along with several others maintained by institutions and academic groups around the world — are based on a merger of the records of thousands of thermometers spread across Earth’s land surfaces, and a growing volume of ocean measurements from buoys and other instruments,” The Post reported

Notably, AIRS sometimes shows more warming than the NASA data set, and especially does so in the Arctic, a region where measurements are scarce and warming is fastest. Shockingly, it even finds that over the Barents and Kara seas in the Arctic, the warming trend is at a rate of 2.5 degrees Celsius — or 4.5 degrees Fahrenheit — per decade.

“These findings should help put to rest any lingering concerns that modern warming is somehow due to the location of sensors in urban heat islands or other measurement errors at the surface,” said Zeke Hausfather, a researcher at the University of California at Berkeley who works on another of the temperature data sets — called Berkeley Earth.

“The AIRS satellite data captures the whole surface of the planet and shows that, if anything, our surface measurements are slightly underestimating the rate of modern warming,” he said.

The study also reinforces “that the Arctic is warming much faster than the rest of the world, and that correctly estimating temperatures in the region is important to understanding what is happening to the world as a whole,” Hausfather said.

CBD Oil Part I: What’s All the Hype About Hemp?

3 Healthy & Sweet Vegan Halloween Treats that Even Witches and...