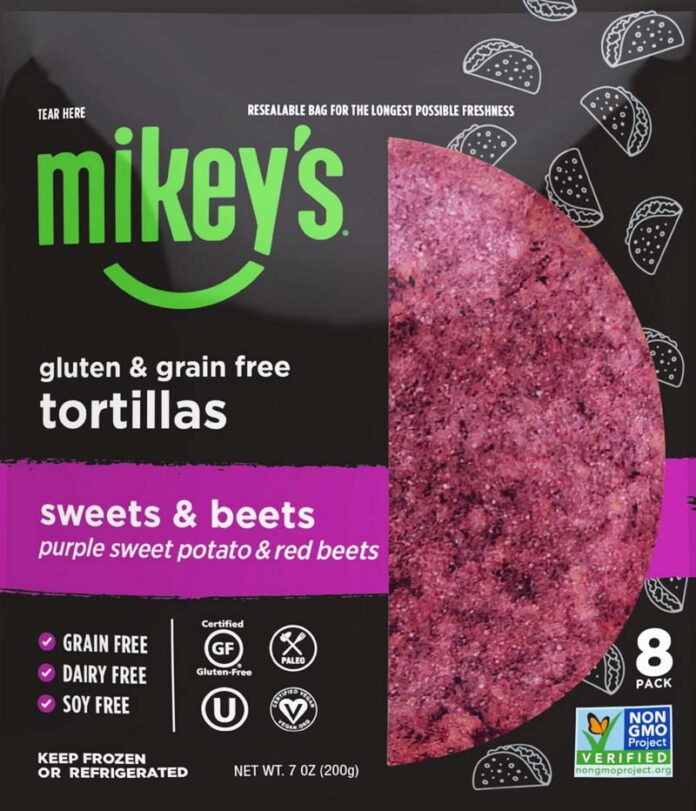 They are crafted with clean, high-quality ingredients and superfoods like spirulina, turmeric, and hemp protein, redefining the classic flour-based tortilla.

Mikey’s was founded in 2014 when Michael Tierney, a graduate of the Culinary Institute of America and prior chef in several world-renowned restaurants, noticed a growing number of companies using the claim “gluten-free” as a way to convince consumers their products were better for them, when, in reality, they were loaded with artificial ingredients, fillers, and preservatives. When he couldn’t find any clean-ingredient options, he decided to make his own.

His first product was the Original English muffin made out of just eight ingredients found in his home pantry. Be began selling them locally at Long Island delis and markets while continuing to expand his line into pizza crust, tortillas, and sliced bread. Within a year he had taken the brand national at Whole Foods and Walmart.

“The initial idea was to provide gluten-free consumers products that do not require any compromise made with a few simple, high-quality ingredients that deliver dense nutrition and great taste.,” Says Michael Tierney, Founder of Mikey’s.  “Mikey’s ingredients are an important part of who we are and what they stand for. We strongly believe that superior taste comes from high quality ingredients and that no one, regardless of allergies or dietary restrictions, should ever be forced to compromise on nutrition or taste.”

Mikey’s Superfood Tortillas are sold in packs of 8 at an SRP of $4.99 and can be found exclusively at Sprouts Farmers Market or on their site at Eatmikeys.com.

One Potato Two Potato Brand Spices Up Image and Flavor

How to Help Your Dog Go Vegan