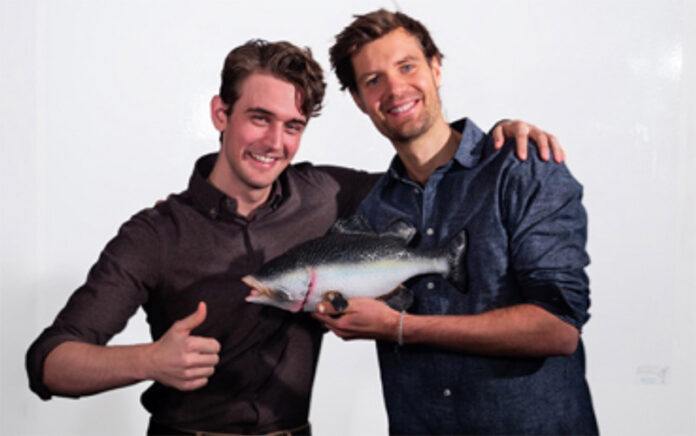 A Swedish-based startup, Hooked, is definitely out to catch new vegan customers.

Co-founder Tom Johansson, who grew up eating fish and seafood, began a quest to replicate the taste, texture, and nutrition of the food who knew – only in vegan form.

For starters, Johansson came up with the idea of developing a vegan shrimp product and ultimately collaborated with Emil Wasteson, a like-minded food start-up entrepreneur.

The two set their course to become a leading plant-based seafood company in Europe.

As detailed in a Seafood Source: “We found so many issues linked to a growing demand for seafood, and realized how little we knew about fishing and aquaculture. They included sustainability, carbon footprint, feed, use of antibiotics, bycatch, escapes, heavy metals, and microplastics, to name just a few,” Wasteson said. “These are all things that people care about in their food, especially ethical consumers, who are seeking a harmless food system.  On the plus side, we found great interest from potential buyers in a plant-based, healthy, sustainable and nutritious alternative.”

Added Johansson, “We decided to create a tuna product to start with, which is based on soy protein isolates, with the texture achieved through a wet extrusion method. The end product is shredded, ready for use in poke bowls, salads, pasta dishes, and pies.”

According to the group, Hooked shredded tuna is now in the final stages of development and 11 restaurant chains are poised to undertake tastings.

The shredded salmon product, which the Hooked team believe will be their “hero” product, is still under development at RISE, the Research Institute of Sweden.

Could Vegans Really Save the the U.S. Economy $3 Billion per...