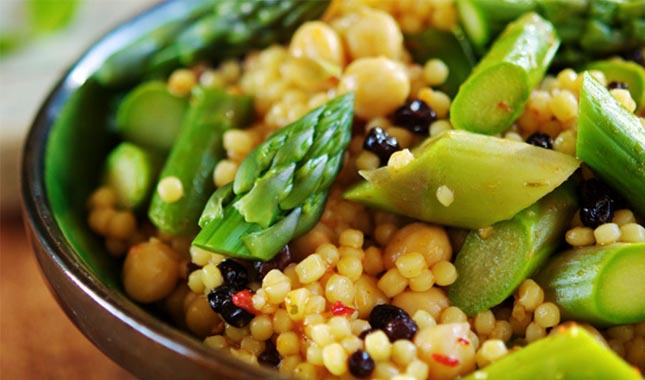 An organization of 12,000 United States physicians and 175,000 global members, including nutrition experts, sharply criticized a recent Belgian report which suggested that vegan diets could pose risks for pregnant women and children.

Here’s the issue, according to Physicians Committee for Responsible Medicine: “Although vegan diets are widely known to have major health advantages, the Académie Royale de Médecine de Belgique released a brief and , what poorly referenced publication on May 16, 2019, restating long-discredited myths about vegan diets.”

Leading experts in plant-based nutrition, including doctors and dietitians with the Physicians Committee—a U.S. nonprofit of more than 12,000 doctors—and the authors of the Academy of Nutrition and Dietetics’ (AND) position paper on vegetarian diets, wrote to the Belgian Academy noting that key statements and conclusions in the report were not based on scientific evidence and were both erroneous and misleading.

The American response cites the position paper from the AND—the world’s largest organization of food and nutrition professionals—which states that vegan diets are “appropriate, and they satisfy the nutrient needs and promote normal growth at all stages of the life cycle, including pregnancy and lactation, infancy, childhood, adolescence, older adulthood, and for athletes.”

The Belgian statement, according to the Physicians Committee, “erroneously suggested that vegan diets are likely to be deficient in high-quality protein, vitamins D and B12, calcium, iron, zinc, iodine, and DHA.”

In contrast, according to one major study, people eating vegan diets actually get twice the protein their bodies need and have average intakes above recommended values for vitamins B12 and D, calcium, omega-3 fats, iron, and zinc.

“The Belgian academy’s misinformation could end up discouraging people from using plant-based diets to improve their health,” says the Physicians Committee’s Susan Levin, M.S., R.D. “Studies show that those eating vegan diets get more than enough protein, calcium, iron, and other nutrients. At the same time, just 3 percent of young Flemish adults are meeting daily recommendations for vegetables.

“Belgians across all age groups also fall short on fiber—an important nutrient found only in plants that can help control weight, lower cholesterol, and even prevent cancer. Health authorities should be encouraging more plant-based foods—not less.”

The only essential nutrient that is not obtained reliably from food alone in a vegan dietary pattern is vitamin B12, which is made by neither plants nor animals, but by bacteria. It can easily be obtained in a dietary supplement.

The doctors write that children eating these diets “consume less saturated fat and cholesterol and more fiber and vitamins, and they are less likely to be overweight or obese. Pregnancy outcomes, such as birth weight and pregnancy duration, are similar between vegetarian and nonvegetarian mothers.”

Studies have also shown that plant-based diets can reduce the risk for diet-related health problems—including heart disease, cancer, obesity, and diabetes—which are on the rise worldwide.

“It is clear that children in Europe, America, and the world over are at increasingly high risk of health problems related to a diet heavy in meat and dairy products,” says Physicians Committee president Neal Barnard, M.D. “To deny children a healthier path is indefensible.”

For a copy of the letter or to speak with a Physicians Committee expert, please contact Laura Anderson at landerson@PCRM.org or 202-527-7396.

You Can Still Order! Super Bowl “Snack Down” Class