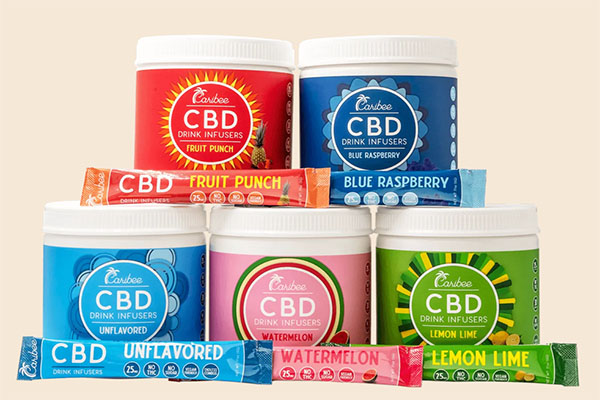 The Cannabidiol (“CBD”) market is juicing up as evidenced by a relatively new entrant is offering drink infusers under the name Caribee.  Previously, the company was known as Baby Hooter.

In any event, CBD is a compound derived from nature’s very own hemp plant but it is not considered psychotropic.  Rather, research shows CBD is therapeutically potent as well as non-intoxicating, and easy to take as a CBD oil, or now, apparently, as a drink infuser.

The rise int he CBD market has occurred as many people are seeking alternatives to pharmaceuticals with harsh side effects – as opposed to medicine more in synch with natural processes. By tapping into how the human body functions biologically on a deep level, CBD has been shown to provide relief for chronic pain, anxiety, inflammation, depression and many other conditions.

As for Caribee, the name and product was inspired by sunny California summers, refreshing ocean waves, and tropical fruit flavors. “Caribee is a place we can all imagine, a place to escape from the daily stresses or worries of our day,” says Nathan Vasquez, CEO of Caribee CBD.

Caribee, according to the company “is all about positive energy, living life to the fullest, and leveraging CBD as a natural and holistic means of approaching whole body wellness. To that end, Caribee’s drink infusers are completely vegan and sugar-free.”

Caribee’s launch comes at a celebrated moment in U.S. history – the approval of the Farm Bill Act of 2018, which legalizes the production of hemp across the country and removes CBD from the controlled substance list.

“We’re thrilled that this [Farm Bill Act of 2018] becomes law in the same month that we made the decision to rebrand, because we can now look forward to a less complicated future where hemp-derived CBD can become a mainstream solution to healthier and happier lives,” states founder, Nathan Vasquez.

Check out the company at Caribee.